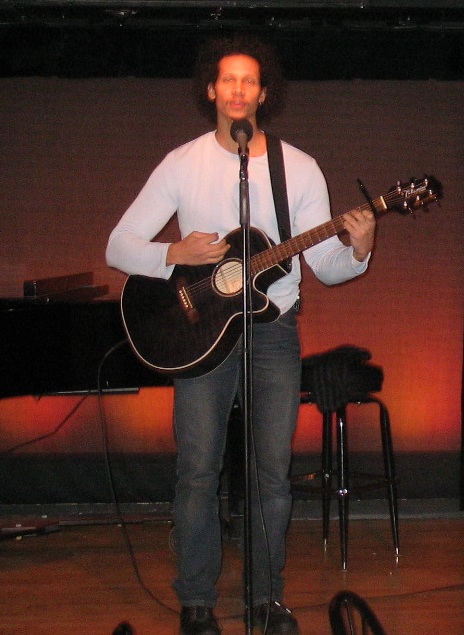 Jason Gill at The Duplex

Last night was the last Monday night for the year and there was plenty to look back on. These workshops are still relatively new to me, only three or four years now, so I’m still seeing the big picture develop. I have called it my advanced class because the very first class ended up being a class of my colleagues, singers who perform in many of the same clubs, and teachers who teach other performance workshops, so clearly,as far as language and energy it was a fast moving high level class.

The reason ‘advanced’ is not a great definition of the class is that it implies that after a certain amount of time and progress in one of my other workshops, you would end up in the Monday class, and that’s not necessarily true at all.
My latest definition is that it’s the class for ‘those who have had a life-long relationship with their voices’. Good or bad, they are the ones with the voice. They are either stuck in a place that needs correcting, or they are just plain ready for more. It’s really impossible to quantify a level of difficulty or level of professionalism where singing is concerned. Yes, there are songs with very difficult melody lines or tricky rhythms, but mastering them still would not be a guarantee that you are a good singer. The distinguishing factor between singers and all other instrumentalists – the words. So, although an emotional connection is what would set all musicians into a level of artistry, in the singers case, it can even replace a large portion of ‘ability’ and result in a very successful career. In other words, if we were comparing to another instrument, the ability level may be around book 3, but the ability to tell the truth and have the lyrics resonate emotionally with the listener, takes it to the highest level possible.

This is music, it’s to be listened to first. A visual should not be necessary for the communication to be effective.
Technique will make the communication effective. Good technique, invisible technique. Technique so well learned and integrated that you dont even know what you’re doing, you’re just feeling. Doesn’t that sound good….??!!
You don’t have to call it technique, you can just call it information. Nobody really cares as long as they get to sing the way they want to. The picture above is of Jason Gill. Jason set an extremely high bar for himself, and is now singing the way he always wanted to. The way all his prior teachers told him he would never sing. Amazing fun for all of us to watch!

Back to the Marathons