Ask Patrick DeGennaro to sum up his technique in a sentence — perhaps not the kindest question to put to any hard-working voice teacher — and he says, “I approach the work muscularly.” Ask him to elaborate and he says much more, often invoking comparisons with dancers and athletes to underscore his stress on muscles and his concomitant emphasis on not stressing muscles. 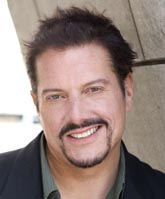 DeGennaro, a performer as well as a voice teacher, gets to his major point immediately, noting that all the muscles with which he’s concerned “are in the vocal folds of the larynx.” More important, it’s the smaller muscles that concern him most. “The missing ingredient is the small-supporting-muscle work,” he says of the problems many singers face. “From the minute the singer inhales, [support] depends on what muscle they’re moving.”

He has an explanation for any literal catch in the throat. He regularly traces it to singing loudly. “By singing loud, they’re ignoring the supporting muscle groups,” he says. Illustrating that loud is called for less than it would seem, DeGennaro — who’s being interviewed over the phone — goes to his piano and plays the opening phrase of Claude Debussy’s “Clair de Lune.” His point is that the light touch needed to convey the emotion of the familiar piece is akin to the lightness that’s often all that’s required for the beginning — and sometimes the entirety of — a song. Yes, he’s a strong advocate for less is more.

Mentioning that many singers who get by during their early years singing in what they consider a natural way — and it often is — run into trouble when they hit their 30s, he adds, “Most of my work is correctional.” Along those lines, he divides the troubled into two groups: those with lower registers — belters prominent among them — and those with higher. “The lower-voice types tend to use the voice too high,” he says. “The higher voices have other problems by trying to be belters.”

Although DeGennaro spends much of his time improving a singer’s vocal muscular structure, he’s quick to insist that singing isn’t only about voice quality. About a singer he went to hear one time, he mentions, “One of my friends couldn’t understand that this woman had a beautiful voice but I said she was a terrible singer.” Suggesting there’s a point at which a singer has to put aside classroom work, he says, “The only reason to have a technique is to make an emotional connection.”
This is something to which he gives much thought, because he’s also aware that, for instance, many intimate-room performers he sees use strong stage personalities to excuse careless vocal output. His ideal is “those that do both” — correct singing and exciting presentation. “Vicki Sue Robinson was such an example,” he says, citing a favorite of his. “She had it all going on — not relying on one instead of the other.”

One thing bothering DeGennaro is people who expect him to “wave my magic wand.” He says he doesn’t believe in “the quick fix.” He will allow that “often I can make a change when someone needs just some information.” He holds out little solace for the Broadway singer “out on vocal rest who expects to go back in a week. I can’t help them.” He maintains, however, that he can get them ready “in a couple of solid months.”

The One Who Never Loses His Voice

“I was always singing my whole life,” the New York City-born, Long Island-raised teacher reports. He was 16 when he started studying and credits Lynda Sharman with the solid grounding he acquired then and makes it his business to pass along now. At about that time, he started playing in piano bars. “I was singing 100 songs a night,” he recalls, and compares his stamina to that of waitresses who’d “sing two songs and have to rest.”

DeGennaro’s piano-barring included five years at Don’t Tell Mama, but he hasn’t been occupied in that capacity since 1995. The teaching, you know. But he has had and still has cabaret singers as satisfied clients. Karen Mason, both a boite and Broadway performer, says about his mentoring, “I always felt I walked away from my lessons with more ammo in my vocal arsenal.”

Though DeGennaro has been teaching for many years now — dividing his time about equally with performing — most of those years were devoted to one-on-one sessions. Only recently has he begun to appreciate the great value of workshops. He attributes the change of heart and direction to many students telling him, “I got more out of watching you working with other people.” At least one of them has said, “I would have chosen to believe only 30 percent of what you told me if I hadn’t seen how it works with others.” That explains DeGennaro’s fall schedule of four eight-week, seven-singers-each workshops, almost fully subscribed as of late August.

Declaring himself against tough-talking instructors — “I’m very aggressive, but [that’s] not to be confused with being a mean teacher” — he doesn’t endorse the “You can never sing this, never sing that” school of admonishment. “I can’t live in a world of no,” he says. “Everything is fixable. I really do operate from a world full of yes.”

I Love My Monday Nights!